March 1 -- Women of our church

Ok it is now March so I better finish up this February journal and send it off. Lydia has been collecting dead bugs as pets. Flies, butterflies, or whatever I guess as long as it is dead. That way she is not scared of them. She is so funny! Lydia played with Lydia our neighbor girl yesterday. They seemed to have a lot of fun for not being able to understand each other. The other night Lydia didn’t want to go to bed so we were talking about being thankful for our beds. I told her that kids here don’t have beds. She was quite concerned that her friends here sleep on the ground. She decided we should save money and buy beds for them. I was really proud of her for caring.

We have been getting to know Tabitha’s four nieces and nephew (the ones who stay with her). They come for water every evening and play with Lydia and Grace. They are very nice kids. Otim (O Team), the youngest, comes wears his snow pants! Really, overall snow pants. It is the funniest thing. Can you imagine in Africa?
This morning I went with Maggie to visit the women from the church. I really didn’t want to go but knew it would be good for me. I did end up enjoying our visits and it didn’t even take that long. It is good for me to see how they live and know some of their stories. However the more I know the more upset I get. Men here are a problem. They get a woman pregnant then leave. They have one woman here and another where they work in the city. The husband stays in town and works and the wife and kids live in the village. I am not kidding. Of the eight women we visited today half of them have been basically abandoned by their “husbands”. I really get angry. Yes, the women here are not perfect either and some of them are doing just as bad but for the most part it is the men. The women here really suffer. They are caring for several kids, trying to make ends meat, and the father is no where to be seen. And those who are married and live a part (like SO many here), that is not marriage! God makes you one and you can’t be one in two different places. This is why the Bible has such a clear and high calling on men. They are to love their families and lead the Church as Christ. I really think that is one of the reasons the people are suffering so much here and the church is not what it is suppose to be. We need men of God! Sin reigns here and it’s effects are seen in people suffering. I was thankful to come home and see our neighbor Joseph bathing his little girl. I was reminded that there are still good husbands and fathers trying. Really a lot of our neighbors are godly men. I just keep praying. God will not fail.

We also visited Faith again. Have I told you about her? She goes to our church and a few months ago (in Nov.) she was really sick with Malaria. She didn’t get better and they found out she is HIV positive. She got it from her husband. Faith was a beautiful young women now, just three months later, she looks old, her skin is grey, her long hair is gone, she doesn’t eat (is SO thin), her lips are cracking… I was shocked the first time I saw her after we returned. I have never seen anything like it. How fast a young woman can become old and sick. Really I wish I could explain or show you. She looks depressed. I am sure she has given up since she doesn’t eat. Today she was in the hospital for a blood transfusion. Her husband wants nothing to do with her. He hasn’t visited, care for her, or even help with any costs. They have two small children (6 and 3years). They don’t have a father and now their mother is dying. The kids are supposed to be tested for HIV too. I feel so bad for them. Again the women and children suffer. The sister is caring for the kids and Faith’s mother is caring for her. All I can do is pray for them and show our love. The whole thing is just sad.

Just a side note while we were at the hospital there was another woman there and she was literally skin and bone. You know those pictures of malnutrition kids? Well this was a grown woman like that or worse. I tell you things here can be really hard to see. You don’t forget what you see and you wrestle with what you can do to make a difference.

I guess that is it for now. I had a real difficult day yesterday. It is so hard sometimes thinking about not being home for almost a year at a time. I want you to know our girls. I want you to see them grow and hear them sing. I want to spend holidays together and do ordinary things together. I want them to be with you too. Sometimes I feel like they are missing out on so much (at least so many of my childhood memories). They are growing so fast and they are only young once. My heart just ached! Even now tears just well up in my eyes. I know we are called here and I love knowing we are serving God and spreading the gospel. But that doesn’t make it easy. We are missing out on a lot. I just don’t want time to slip away. Lydia is always asking how many days till we go to Michigan. I just prayed last night that God would give our girls the best. That He would comfort my soul. And that He would make a way for us to have time at home again. He will help us live in these two worlds that we live in and love. I am so thankful for all of your love and support. I am thankful for the time God gives us to be together.
Posted by Josh & Mandy Shaarda at 8:30 PM No comments: 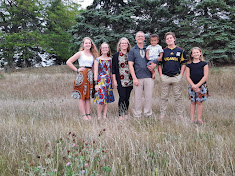 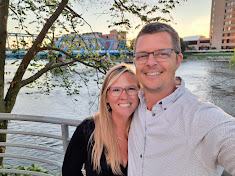 Josh & I have been married for 22 years now (June '99). I am so blessed to be married to man who follows after God's heart. He loves me selflessly. 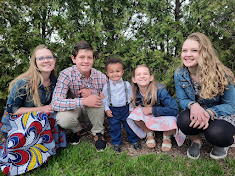 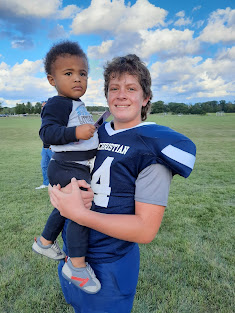 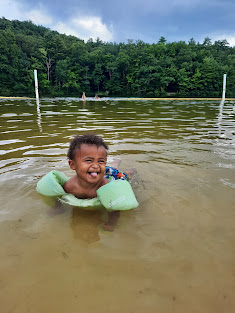 Makai loves people! He is busy, always full speed, and a character. He is the center of attention in our home. Makai is dearly loved!